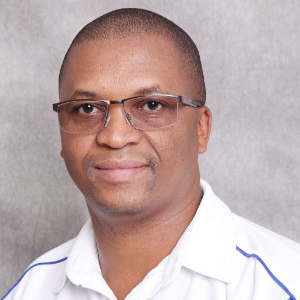 Upon relocating to the then Natal in the late 80’s, Dumi Gqwaru joined the then University of Natal’s Howard College Campus and qualified in 1998 with a BSc in Quantity Surveying degree which was offered at Honours level. After qualifying, he was trained by a few private sector Quantity Surveying firms, and later joined the National Department of Public Works, in an effort to have a balanced exposure within the Built Environment. It was in 2003, when he co-founded Ilangalethu Consult CC with Mr Patrick Rwexu, which was later converted to the current R&G Group of Consultants (Pty) Ltd. He has extended his skills base to include not just Quantity Surveying but also Construction Contractor Mentorship, Property Development, Business Leadership, and Project Management to mention a few. Dumi Gqwaru, working hand-in hand with his colleagues, has built a highly recognized Group of acutely skilled companies, which are making a meaningful contribution towards bettering lives, especially those of the needy citizens of this country.

Monwabisi Patrick Rwexu has 20 years experience in Built Environment Profession. He obtained his Bachelor of Technology in 2002, after many years of working for various Quantity Surveying Practices from 1995. He is a Director at R&G Group of Consultants together with his co-director Dumi Gqwaru, since 2003. He became a registered Quantity Surveyor in 2005. He enjoys law of contracts and has extended his knowledge and now is a Fellow Arbitrator with the Association of Arbitrators, Specializing in Construction Law, since 2011. He is also a qualified Mediator with Royal Institute of Chartered Surveyors (RICS), specializing in civil and commercial mediation. He is an Emerging Contractor Mentor through University of Free State, since 2005. He is dedicated to the Built Environment industry so much that he is the current Chairman of the Association of Quantity Surveyors South Africa – Border Chapter, and has 6 years in the Executive of the Border Chapter. He is the current Provincial General Secretary of SABTACO in the Eastern Cape, an Organization dedicated to transformation of the Built Environment industry and advancement of black professionals. He subscribes to the values of black economic empowerment. As a true entrepreneur, he regards challenge greater than the risk. He does not flee from any risk. He is independent and always encourages others not to expect alms from others, nor the state, nor charity.