Once again, greetings to all at R&G Group, to our Clients and Associate companies.  It’s always such a pleasure when one gets to that moment where he takes a small pause on the journey to reflect on milestones achieved by the company this far.

As a company, we have always had a clear understanding that, in some instances, we will go through some hardships like all other companies that operate in the same business environment do, but what we have not been privy of, is the nature and extent of some of those hardships, some of which we found to be potentially life threatening to our business.

However, what has been common in all those hardship experiences is that, we have always risen above them. Yes, in some of them, you could argue that the gift of wisdom that we have, assisted us in overturning those  tides, however there were instances where you could clearly tell that, some super natural  intervention came into play, as it could not have been possible for us to think and act at that level, and we thank God for that.

While doing an introspection, one had to respond to a question which sought to understand if R&G Group does impact positively on the lives of those that surround us, and I was particularly impressed with the responses that came out of that, which we are sharing with you below;

At R&G, we remain steadfast towards achieving our vision of becoming a recognizable and formidable professional service provider in the built environment industries of the Southern African Development Community countries.  We remain optimistic especially in the light of the new developments in our country, the positive spirit of the whole nation and international community about the country’s prospects, following the ruling party’s last December Conference.

We do acknowledge that our government still needs a lot of help, maybe from stakeholders who have the interests of the majority at heart, as opposed to the status core.  We have witnessed situations where own goals are being scored through government policies, which are supposed to be aimed at improving the lives of the poorest and success rate of small and medium sized companies.  A typical example of this own goal is the new Treasury’s Central Supplier Database (CSD) which prescribes that, all the companies that intend doing business with the State should be registered with it and be accordingly up to date and compliant.

By being up to date and compliant means that companies must have paid their due taxes on due dates.  This is a world class business system but which can only work in a first world country where companies especially those that mainly work with government get paid monthly and within 30 days.  Our government is nowhere near that level as it pays even after 120 day at times,  and as a result, most of the companies that are supposed to be benefitting from pro BEE policies, are actually being eliminated by this system. One hopes that our government has learnt from devastating effects of policies and will ensure that they consult all affected stakeholders before implementing any policies of similar nature.

So colleagues, let us ride on this positive economic outlook and try as much as possible to convert half opportunities into real opportunities, which is something that we all excel in at R&G.  Always remember to “stick to the book, as it is only the book that you can fall back on, should you come across a tide”.

Let me also take this opportunity to wish you all a Happy Easter, and safe travel to those who will be traveling to meet their loved ones and families. 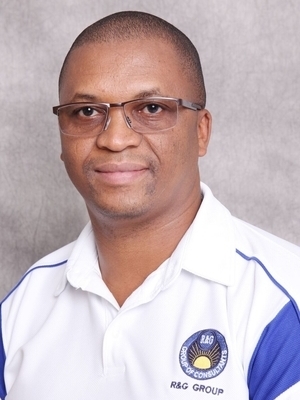